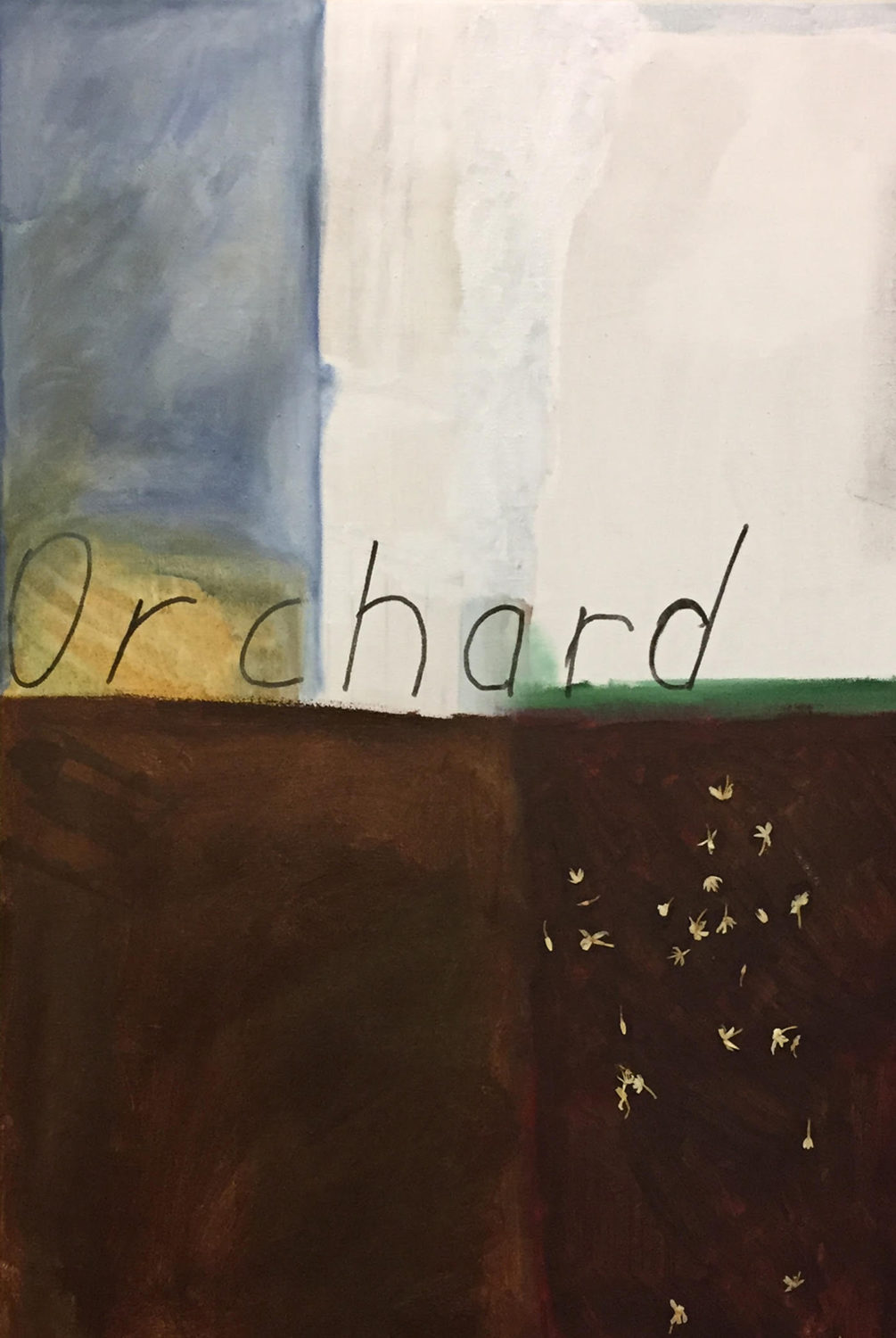 Origins and Ends (Orchard) 2019
Courtesy of the artist.

A central motif of Ammon Ngakuru’s Origins and Ends (Orchard) is sleep. The most substantial element of the installation is a midnight-blue canvas the size of a queen bed to which the artist has fixed photographs of himself and his partner sleeping (or feigning sleep). Sleep and dreaming are of interest to Ngakuru because they serve as a figure for the complexity of history and the difficulty of coming to terms with the same, particularly in a ‘post-colonial’ context. Dreams, like histories, are incomplete, dependent on dubious memories, and necessarily incapable of capturing the finer details of reality. Indeed, they construct a new kind of reality, one that might feel reasonable, but that tends to fall apart upon closer consideration.

Ngakuru’s installation plays with the slippage between coherence and fragmentation, resisting straightforward sense-making. It’s not immediately clear how the pieces fit together. The display is a little like a museum exhibit that has lost its labels. There’s no doubt that the elements are invested with significance, but that significance resists articulation. The elements themselves exist in a similar condition. A canvas bears blocks of colour that suggest a landscape: sky blue infused with sun yellow, an expanse of dirt brown capped with a stripe of grass green. The word ‘orchard’ has been inscribed along the horizon line, as if standing in for an image the artist has been unable to conjure satisfactorily. Dried night-blooming jasmine flowers have been scattered on the earth, appearing seed-like and generative, even as they are ‘dead’, their rich scent neutralised.