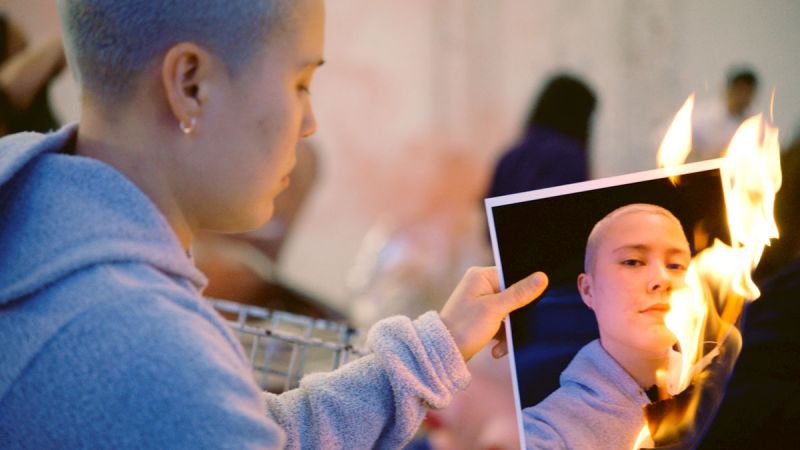 Angela Tiatia’s video work The Fall draws on the accounts of survivors of the Battle of Singapore during the Second World War. The Battle saw Britain’s key colonial and military outpost in South-East Asia fall to the Empire of Japan. Winston Churchill called it the ‘worst disaster’ in British military history and it remains the largest surrender of British-led forces ever. Tiatia, however, is less interested in exploring the failings of the Allied forces or the impacts of the Fall on geopolitics in the region than in the effects of catastrophic change on individuals and groups on the ground.

The work does not literally restage the fallout of the Battle, instead creating an evocation of a social order in disintegration that feels as much like an alternative present, or a dystopian near future, as it does a meditation on history. A single panning shot captures a cast of characters coming unhinged from their humanity, violating the codes we ordinarily take for granted. The nature of the disaster remains unclear. Viewers are left to imagine their own: wartime, say, as with the Battle of Singapore; environmental, like the hurricanes that have ravaged the Caribbean; or perhaps political, an extension of the divisions opening up on the other side of Te Moana-Nui-a-Kiwa.