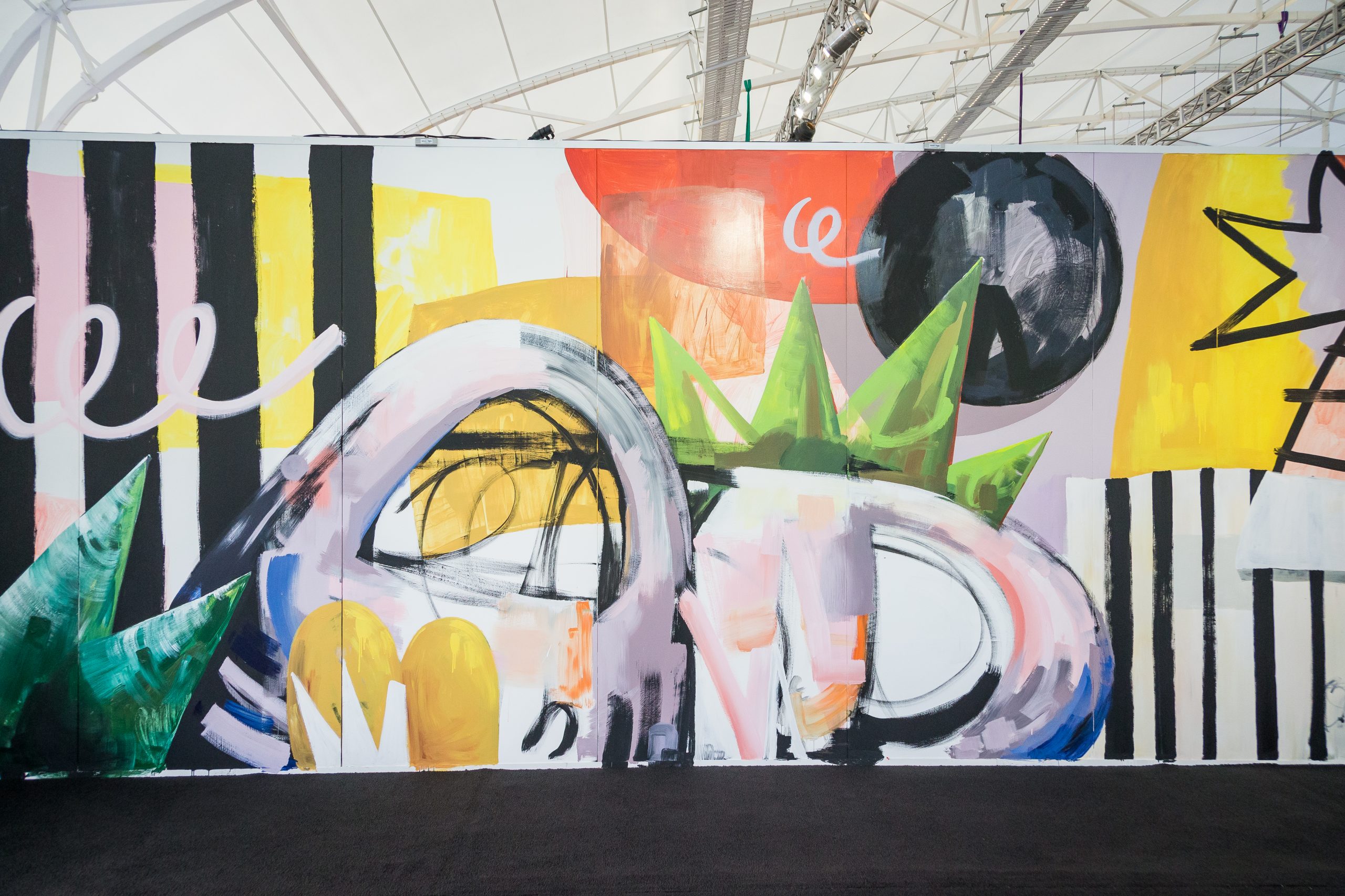 Presented with support from THE CHARTWELL TRUST and CREATIVE NEW ZEALAND.

In west, Christina Pataialii explores the intersection of cultures. The work draws on a trip the artist made to Arizona in 2009. Based in the area of Gold Canyon, she was immediately struck by the dramatic desert and mountain landscape, so different to the sea-bounded, rain-drenched environment of Aotearoa. She was also drawn to its history. A nearby range, known today as the Superstitions, is the location of the famed Lost Dutchman’s Gold Mine and is said by Apache to be the location of a hole leading to the underworld. The area has also been popular as a shooting location for westerns, a genre of film popularised in Samoa as a consequence of a kind of greater ‘westward expansion’ by the USA into the Pacific in the 20th century.

Pataialii’s mural abstracts Arizonan imagery, mashing it with memories of growing up in west and central Tāmaki Makaurau amid a polyphony of influences. The colouration, for instance, plays on a desert scene in a favourite childhood TV show, The Simpsons. Some motifs are legible as Pacific as well as American. A yucca could also be a fern, a power pylon a palm tree, the shell of a Mustang car that of a Toyota. A fence is fence no matter where you are. The artist’s making also dances between modes, picking up on the example of ‘fine painters’, like Philip Guston and Jean-Michel Basquiat, while depending on everyday house paints and tools. The whole is executed by Pataialii with practised aplomb – not so much resisting boundaries as suggesting their fundamental futility. 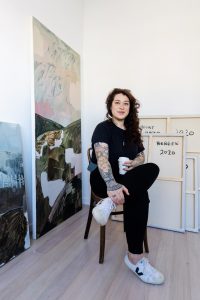