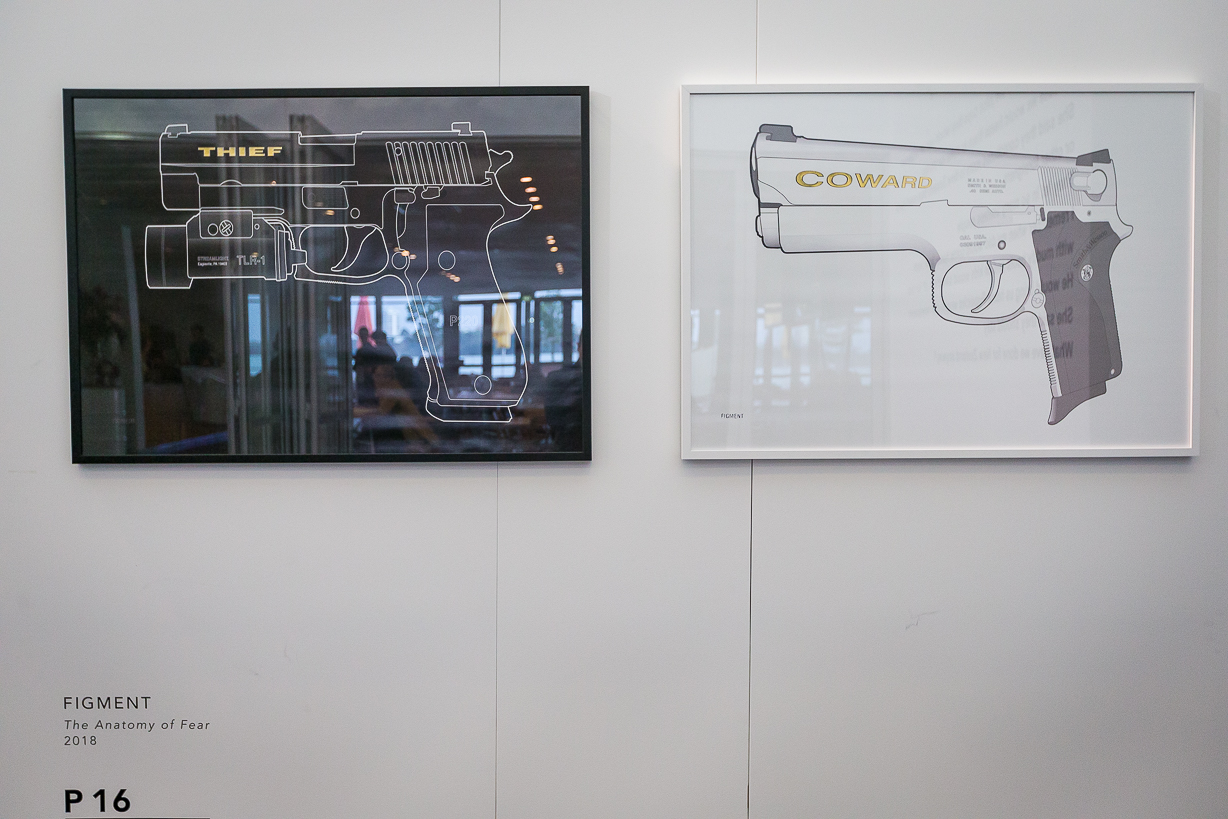 The Anatomy of Fear 2018
ink on paper with gold leaf

The Anatomy of Fear explores fear as a system of control in the present day. Anonymous artist FIGMENT presents images of guns used in police killings of innocent African American people. The horror of the subject-matter contrasts sharply with the formal beauty of the works. Their elegant linearity gives them the appearance of meticulous technical drawings (or even anatomical diagrams) of the weapons, while embellishments in luxurious gold leaf suggest the esteem in which guns are held in the USA. Words such as ‘thief’ and ‘coward’ appearing on the weapons highlight the criminality of shooters and gun manufacturers alike, while stressing that it is fear, as much a belief in ‘freedom’, that underlies the worship of the gun.

While it is unclear where FIGMENT is based, the presentation of these works in Aotearoa implies the extent to which the USA, its cultures, and its problematics infiltrate the wider world. The artist raises the question of our responsibility as citizens of a nation allied to America not only politically, but also socially, especially by way of platforms like Instagram, Twitter, and Tumblr. At the same time, the presentation of these emblems of fear and oppression serve as points of reflection on the state of our own State, one in which gun ownership and violence are comparatively low, but one that also harbours considerable racism – not least in our ‘criminal justice’ system, in which Māori and other people of colour are grossly, unjustly overrepresented.

The works that make up The Anatomy of Fear are available for purchase from FIGMENT. Proceeds from sales will be used to purchase and decommission the depicted weapons. Decommissioned weapons will be transformed in the next phase of this project.