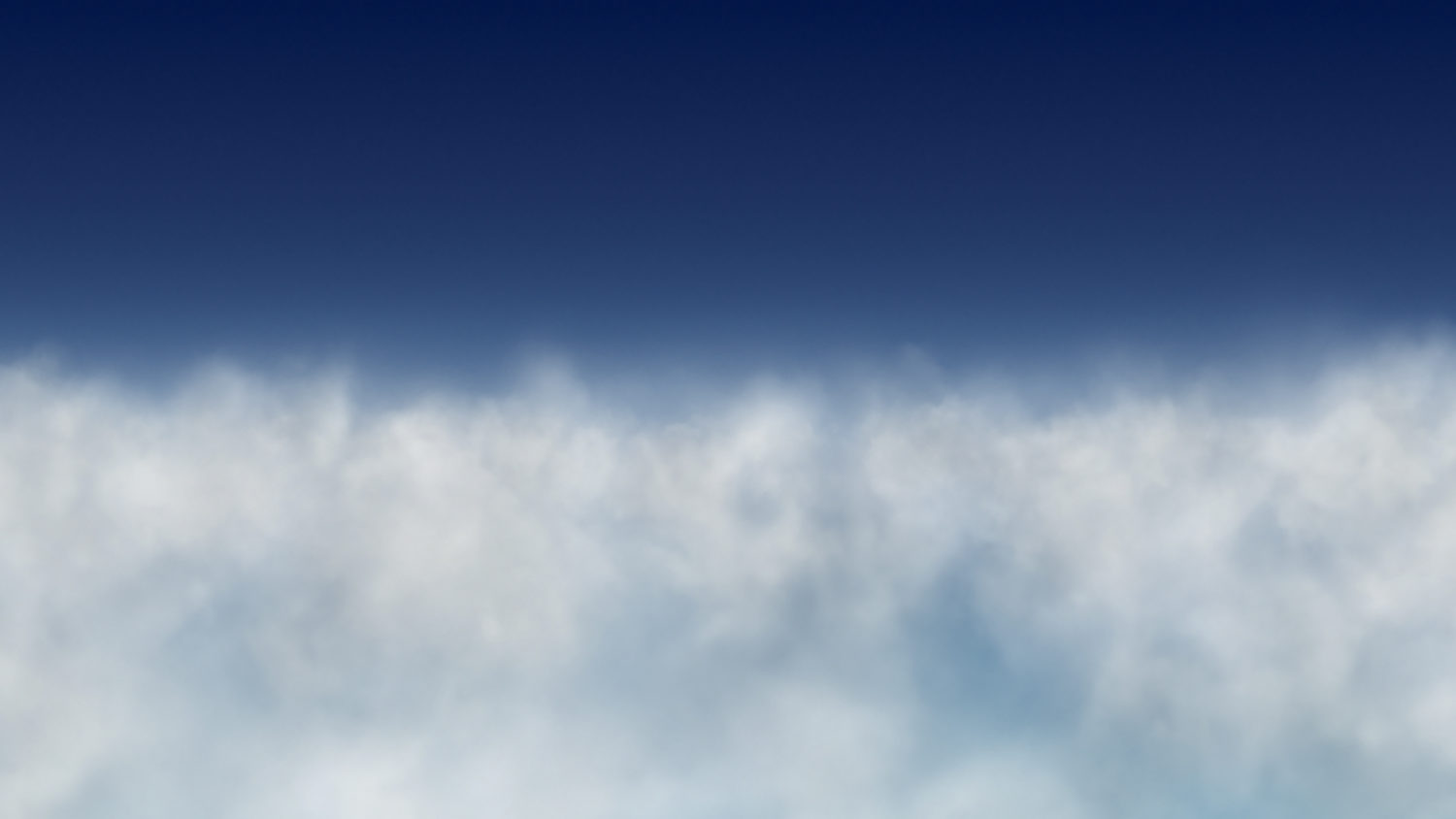 Sky 2016
HD video with 5.1 surround sound
courtesy of Starkwhite and the artist

Australian artist Grant Stevens has become known for making immersive video works, which combine restrained visuals with haunting music. Sky lifts the viewer up among the clouds, evoking the liberation of international air travel, as well as the fantasy of flight unencumbered by the armour of the plane.

The piece also brings to mind cloud storage, especially when considered in the context of the artist’s earlier videos based on texts from the internet. As with much of Stevens’s recent work, Sky may be understood to invite reflection on dream worlds—not only those that exist privately, inside our heads, but also those that we create for ourselves online.