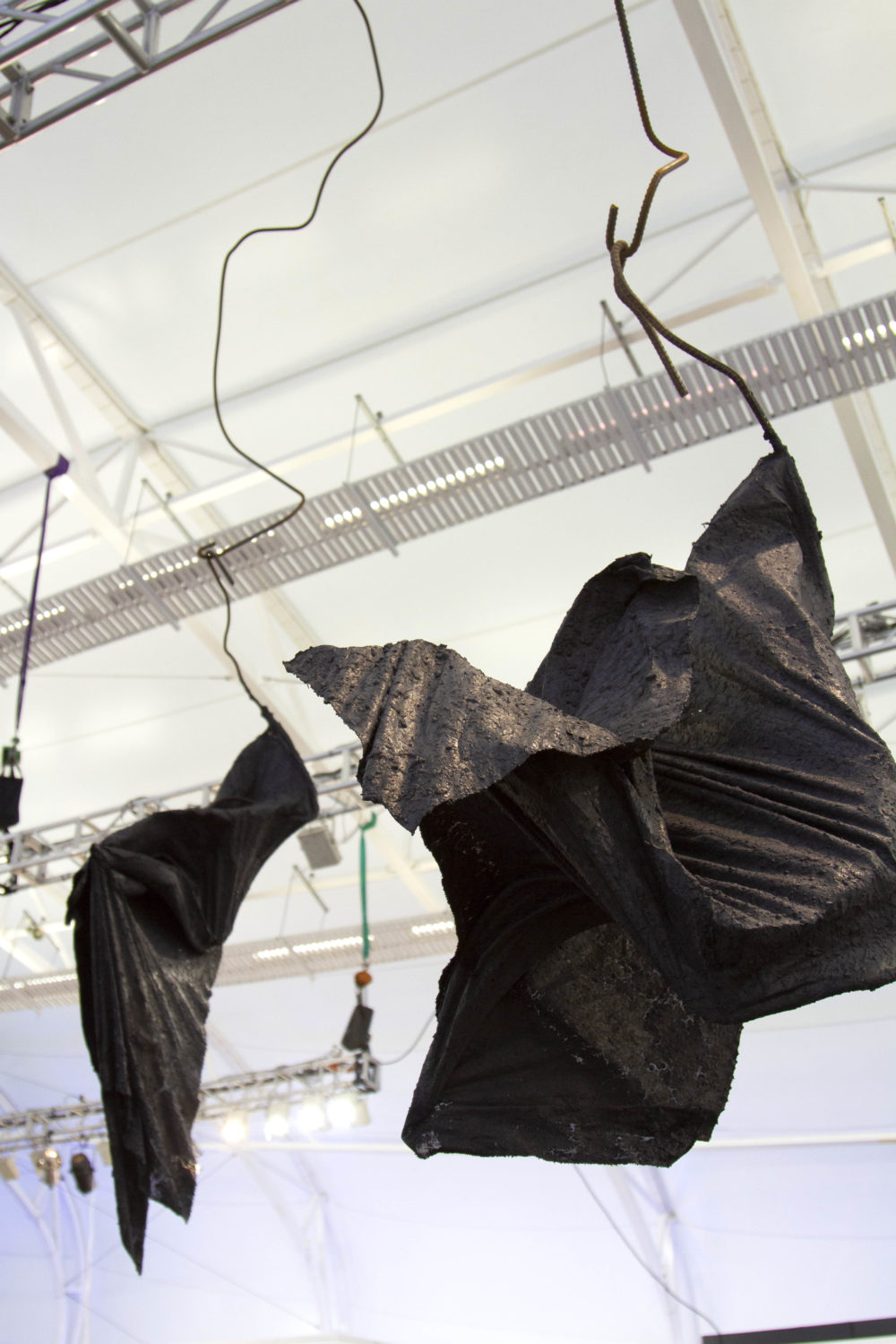 Isabella Loudon’s sculptures hover between states. Formed from delicate fabrics, like chiffon, dipped in thin concrete, the works appear at once on the verge of solidification into being and collapse. Incorporating materials associated with construction, they initially look heavy and robust. In truth, however, they are light and relatively fragile, as is suggested by their suspended state and wing-like forms. The condition of apparent robustness and actual vulnerability is important to Loudon, giving physical expression to her musings on her own psychology. Like so many of us, the artist is aware that the front presented to the world is sometimes at odds with her internal state, one that is more precarious, contingent.

Encountering Loudon’s works, however, we might not immediately register their psychological resonances, instead experiencing them as beguiling objects that oscillate between the artificial and the naturally occurring, the ancient and the futuristic. One viewer might see the vestige of an explosion in an industrial complex; another, the petrified remains of a Roman garment; still another, the dusty concept model for a fantastical piece of architecture. The artist has no desire to impose a particular reading, preferring instead to let her shapeshifting works cue and absorb a host of divergent responses.