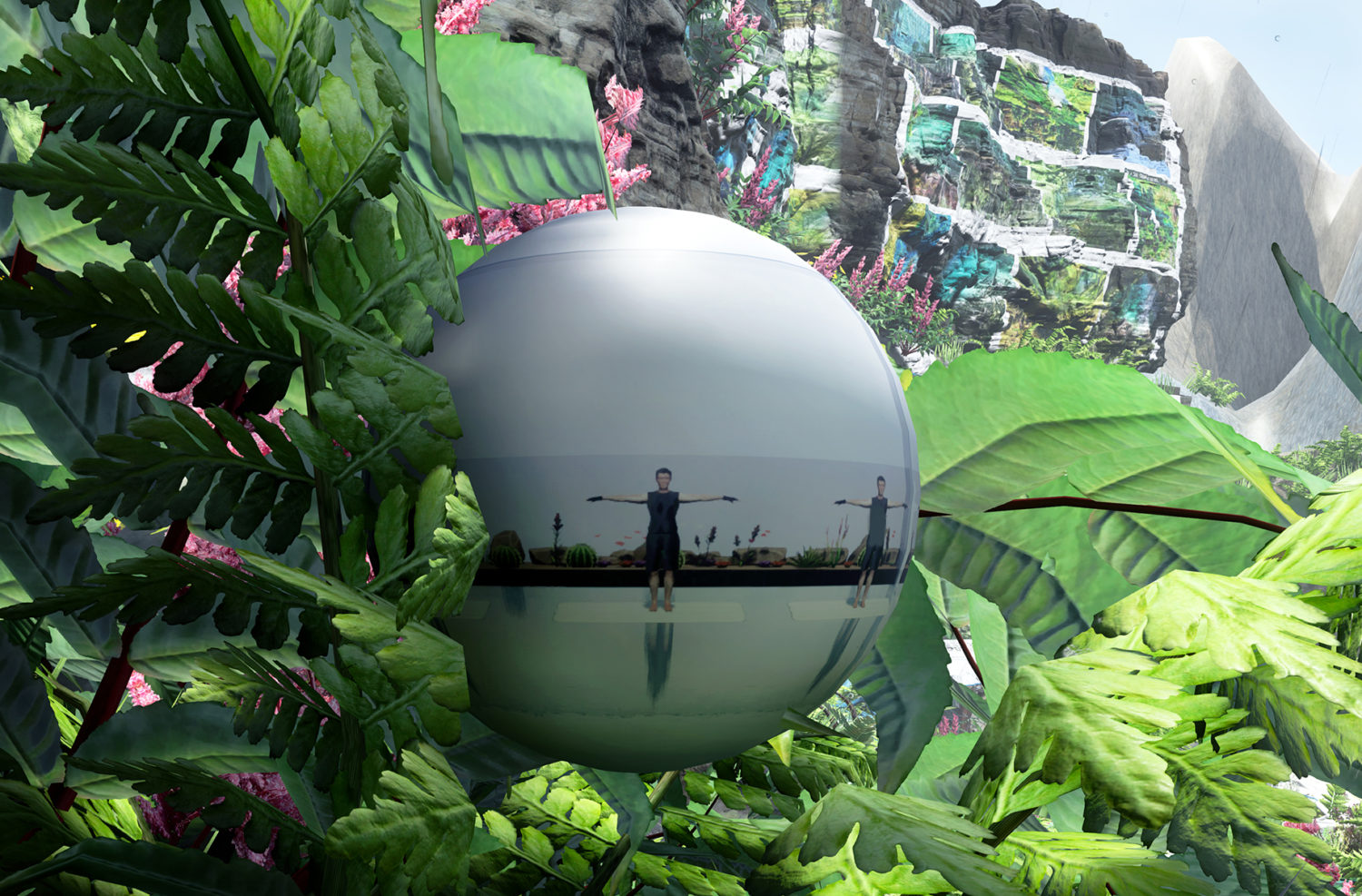 James Wylie and Hannah Valentine are both interested in the extension of human beings beyond our immediate physical bodies and surroundings. Wylie has created a video informed, in part, by Valentine’s installations, which have for some years now played with notions of ‘physical education’, incorporating sculptural forms reminiscent of exercise equipment (and often designed to be engaged with in a similar manner). A computer-generated figure works out in a sky-bound space at once seductively and eerily immaculate. This ‘footage’ is paired with outdoor scenes that are manifestly unnatural, evoking by turns an invented environment of the sort one might find in a sci-fi movie or video game, and a terrain emptied of people but bearing their traces. It is perhaps less unreal than not yet real.

Valentine’s contribution quite literally supports Wylie’s. Two arm-like structures wrap around the screen on which the video loops, facilitating but also slightly interfering with its visibility. A foam sheet (not dissimilar to a yoga mat) beneath has been printed with a bird’s-eye view of the world created by Wylie, rupturing the boundary between virtual and physical space. The two artists and their practices have become intertwined in much the same way as our lives have with digital technologies. Although Wylie and Valentine appear invested in the value of the non-digital (encouraging us to engage with the world tangibly within our reach), they also suggest that reality and its borders are in flux and up for negotiation.