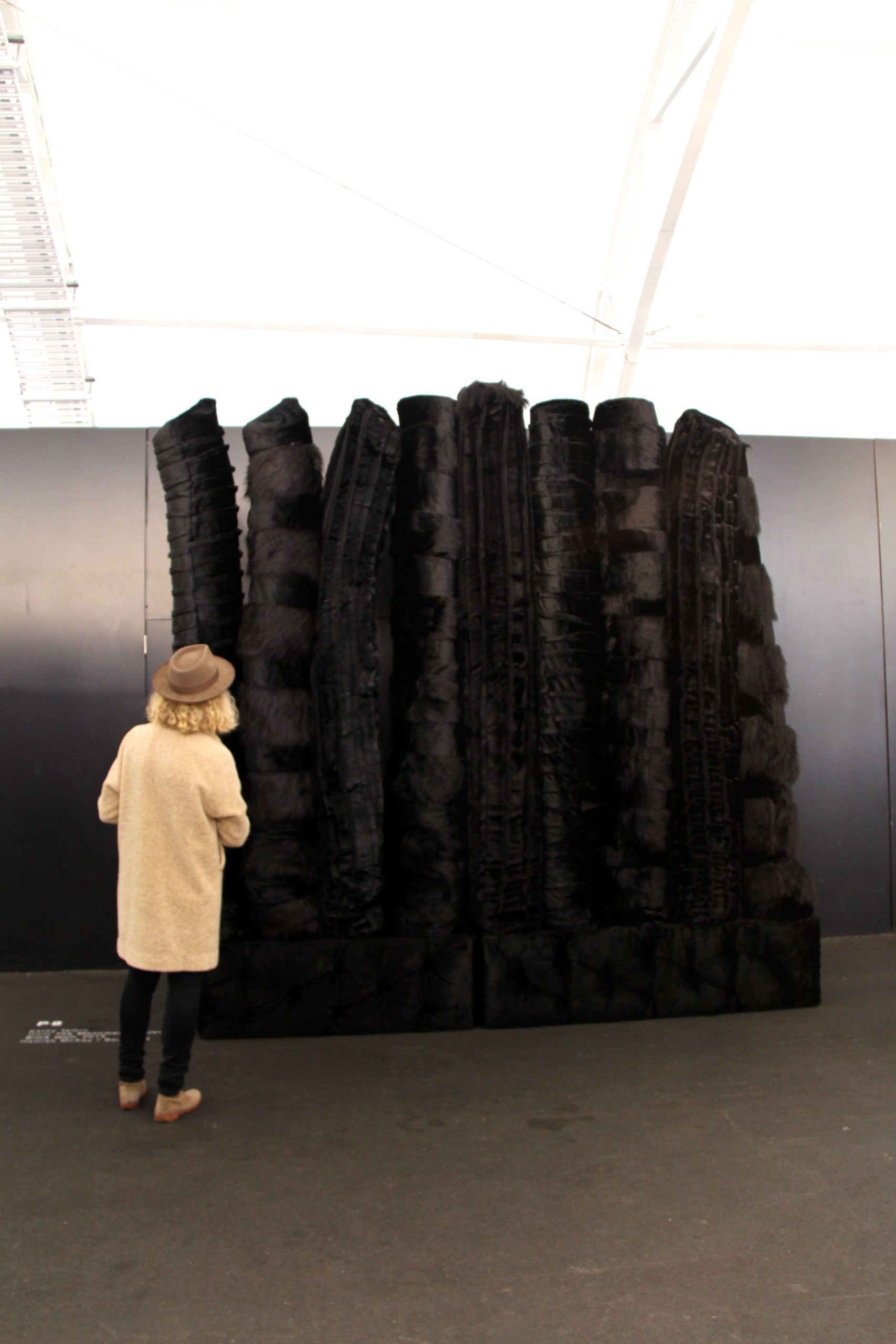 Much of the Kathy Temin’s recent work has related to her family’s experiences of the Holocaust—her father having been interned in Sachsenhausen concentration camp in Germany. The Memorial Project: Black Wall was made in Auckland last year, while the Sydney-born Temin was Artist in Residence at the University of Auckland’s Elam School of Fine Arts. It serves to acknowledge the lives of Jewish people who sought safe haven in New Zealand during the Second World War.

The portion of Black Wall included in Pacific Real Time is both barrier and refuge, its black colouring as threatening as its tactility is comforting. In the work, Temin, who has often fashioned soft-furnished crawlspaces, suggests that the Pacific is a mixed blessing for European émigrés. In coming here they are surely alive, though—like the artist—they are destined to perpetually cast their minds back to where they came from, forever displaced.