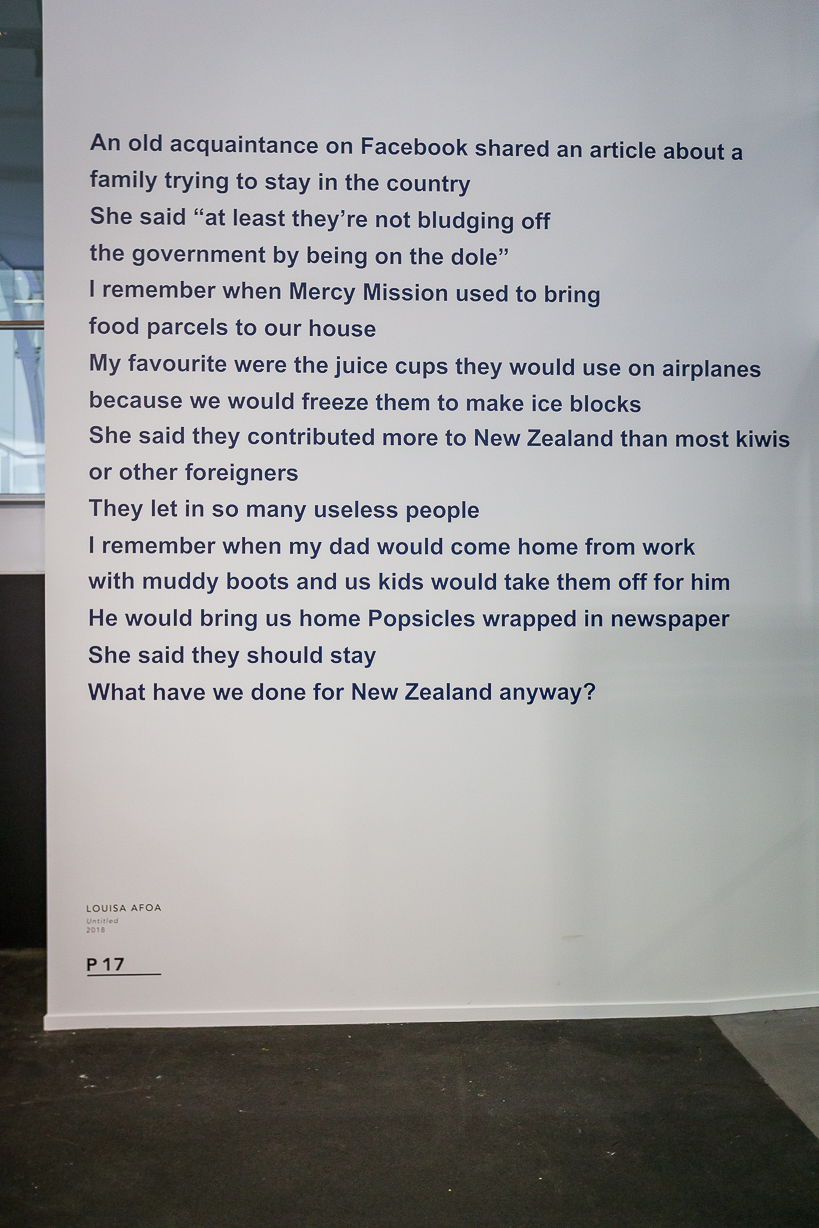 Louisa Afoa tells stories, placing a particular emphasis on the experiences of her family and other diaspora communities living in Aotearoa. In this work, she recounts her discovery of a Facebook post by an unnamed acquaintance (the term ‘friend’ is not used) in support of some party at risk of being ejected from New Zealand, juxtaposing this with recollections from her childhood. With characteristic understatement, Afoa hints at her father’s engagement in physically demanding work and her family’s need of additional, charitable support. Her happy memories sit alongside an awareness that Pacific families like hers are often positioned as ‘drains on the system’, even though they contribute disproportionately to the productive economy.

The text ends with a simple question: ‘What have we done for New Zealand anyway?’ The object of the question remains unclear. Does it refer to her family’s contribution to the country, or the contribution of Pacific people in general? Or is Afoa perhaps placing the question there for the Pākehā/Palagi majority (which seems so easily to forget that it, too, comprises people originally from elsewhere) to ask themselves? Ultimately, Untitled reminds us not only of the nuanced narratives of individuals and communities that lie behind commonplace stereotypes, but also the tendency for well-meaning individuals to treat the one person whose story they do know as the exception – without seriously questioning the rule.