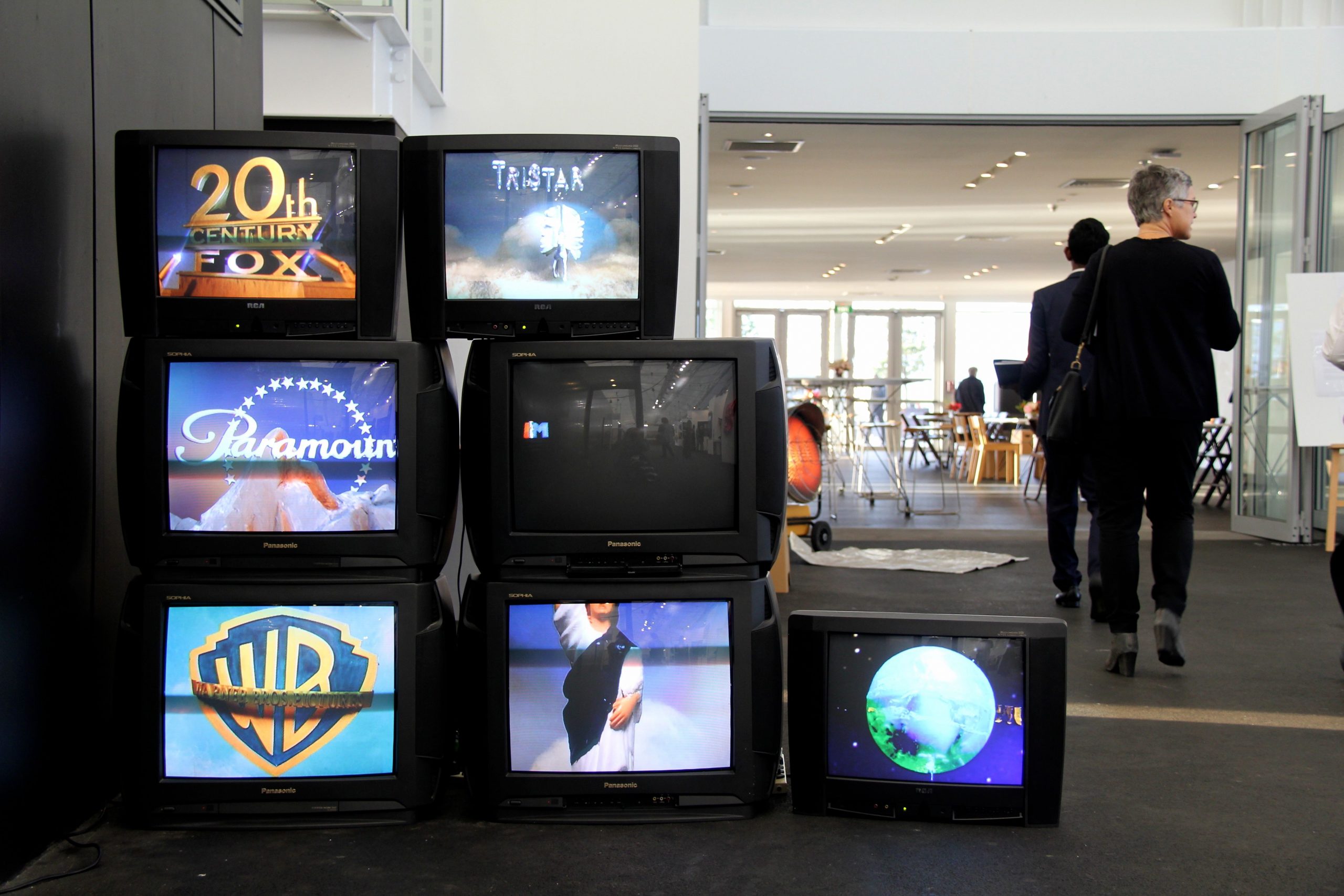 News of the Uruguay Round shows a series of international production company logos recreated using a range of technologies, including simple robotics and green screen. The work looks back to the signing of the World Trade Organisation-administered Agreement on Trade-Related Aspects of Intellectual Property Rights (TRIPS) by the New Zealand Government in Uruguay in 1994.

TRIPS opened the door to the making of international television programmes, such as Hercules and Xena, in Aotearoa, and paved the way for big-budget films like the Lord of the Rings trilogy. While the agreement added cash, jobs, and vitality to the New Zealand entertainment economy, Heynes believes that investment in telling our own stories remained, and remains, stagnant. News of the Uruguay Round thus functions both as a celebration of Aotearoa’s role in the production of international television and film, and as a critique of the poverty of local programming on our screens.

Presentation of this work has been made possible by the GOVETT-BREWSTER ART GALLERY, New Plymouth, which has provided screens and media players.