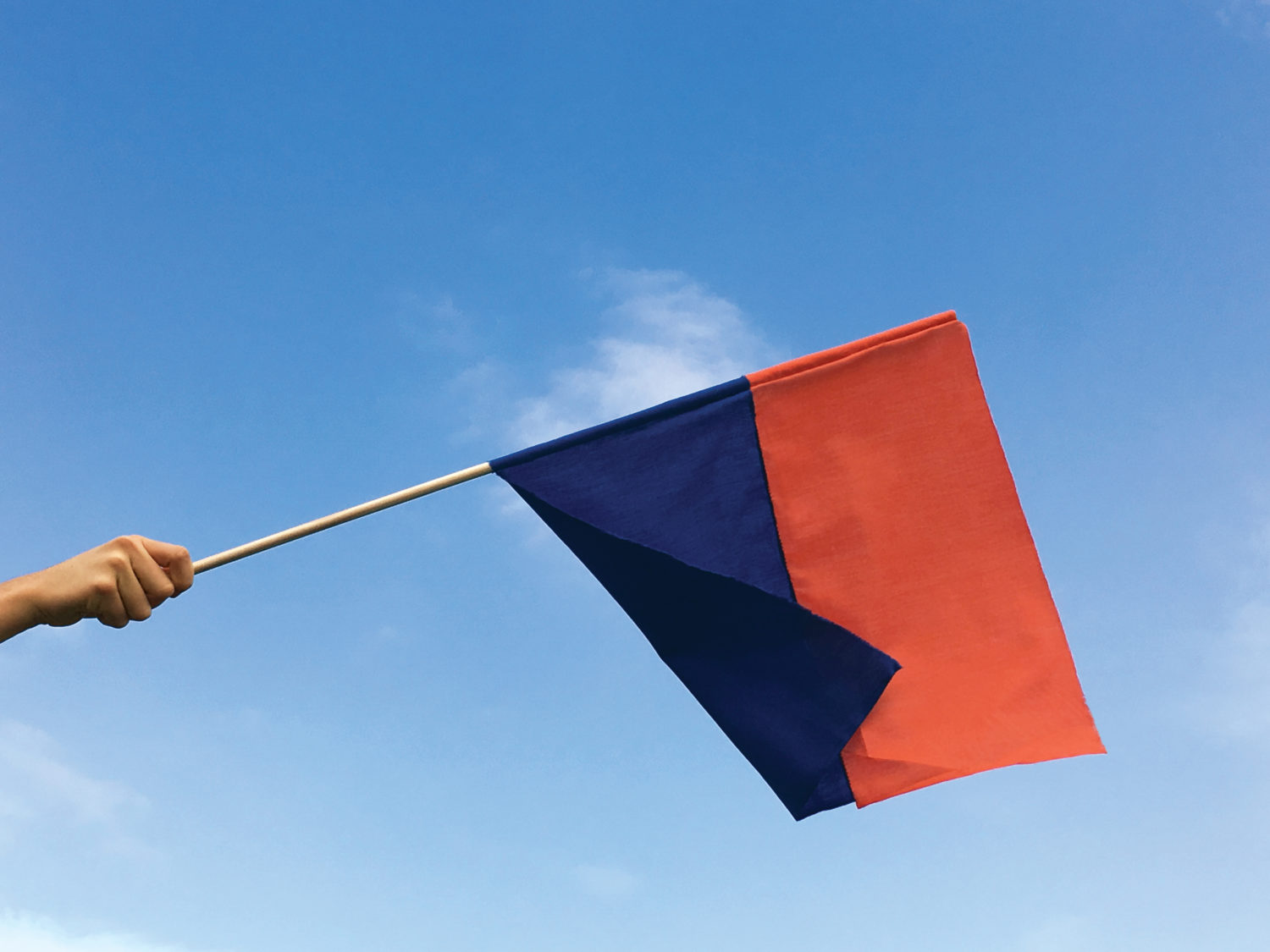 I Wish to Communicate with You 2019
courtesy of the artists.

I Wish to Communicate with You by Rachel Ashby and Sarah Callesen takes the form of an installation and performance. Located on land ‘reclaimed’ from the sea, the work develops out of the International Code of Signals (ICS), a series of flags intended to provide sailors with a means of universal communication. The ICS includes flags for the twenty-six letters of the English alphabet, and most have associated phrasal meanings (the title of the work is the phrase for the flag denoting the letter K). The artists have reproduced the flags, inviting a series of amateur and professional musicians and sound artists to assign them new meanings of their choosing, together with a sound of some sort. Members of the general public will then make a selection of flags, becoming co-creators of a live musical performance at 2.30pm on Saturday 4 May 2019.

The presence of the ICS invites divergent readings. On the one hand, the ability to facilitate cross-cultural communication, and so cooperation, may be understood to be full of promise. On the other hand, the code is clearly marked by biases and limitations. For instance, non-Roman letters have no equivalent flags, and some measure of training is required for the system to work. There is an elegant parallel in Ashby and Callesen’s use of music, which is often described as universal, despite the fact that context colours its reception and interpretation. In according performers and audience members alike considerable roles in the development of the work, the artists not only acknowledge the old truism that meaning evades control, but also suggest that impromptu joy can be a most meaningful form of communication.

RACHEL ASHBY WITH SARAH CALLESEN & OTHERS