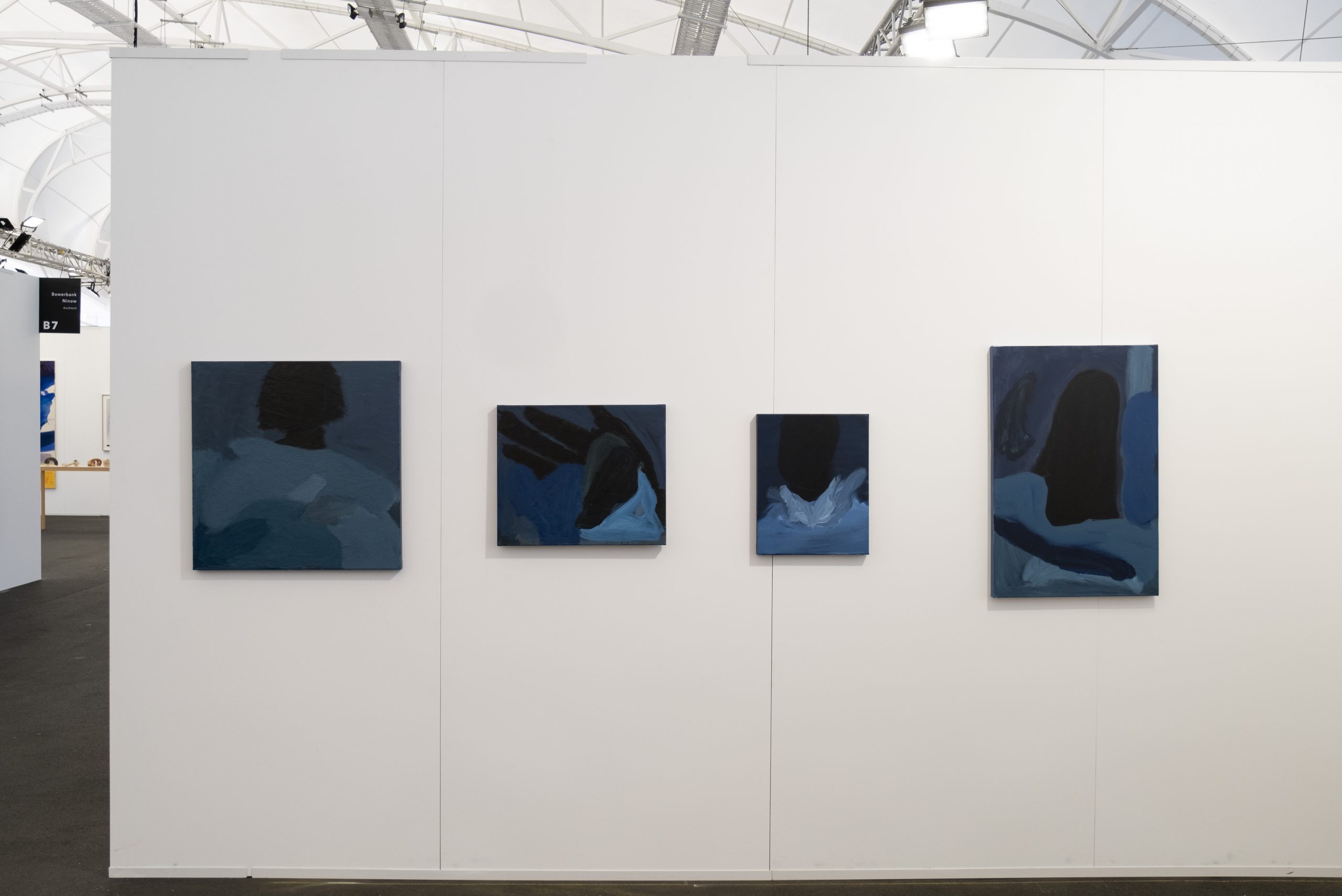 Ruth Ige’s enigmatic paintings are characterised by expressive colour and form: calm fields of deep purple, passages of iridescent blue, the occasional shock of cream. At first blush, they appear purely abstract, but they are in fact equally grounded in figuration. Regions of black coalesce into bodily forms: shoulders, hands, and particularly faces. Born in Nigeria and based in Tāmaki Makaurau, Ige is chiefly concerned with exploring blackness, producing images that centre people of colour while remaining untethered from particular places or times.

Although they include few legible reference points, Ige’s paintings are full of texture and feeling. She typically presents her figures alone or in small groups, creating a distinct quality of intimacy. Often, her works evoke formal photographic portraits, the subjects appearing carefully posed, for posterity. At the same time, the figures tend to be featureless, their expressions inscrutable. They sit in privacy and quietude—not absent, but yet to reveal themselves fully. The viewer cannot know the figures and thus cannot discount them. Ige describes her use of abstraction as ‘a form of veiling’, noting that secrecy and mystery can serve to empower.