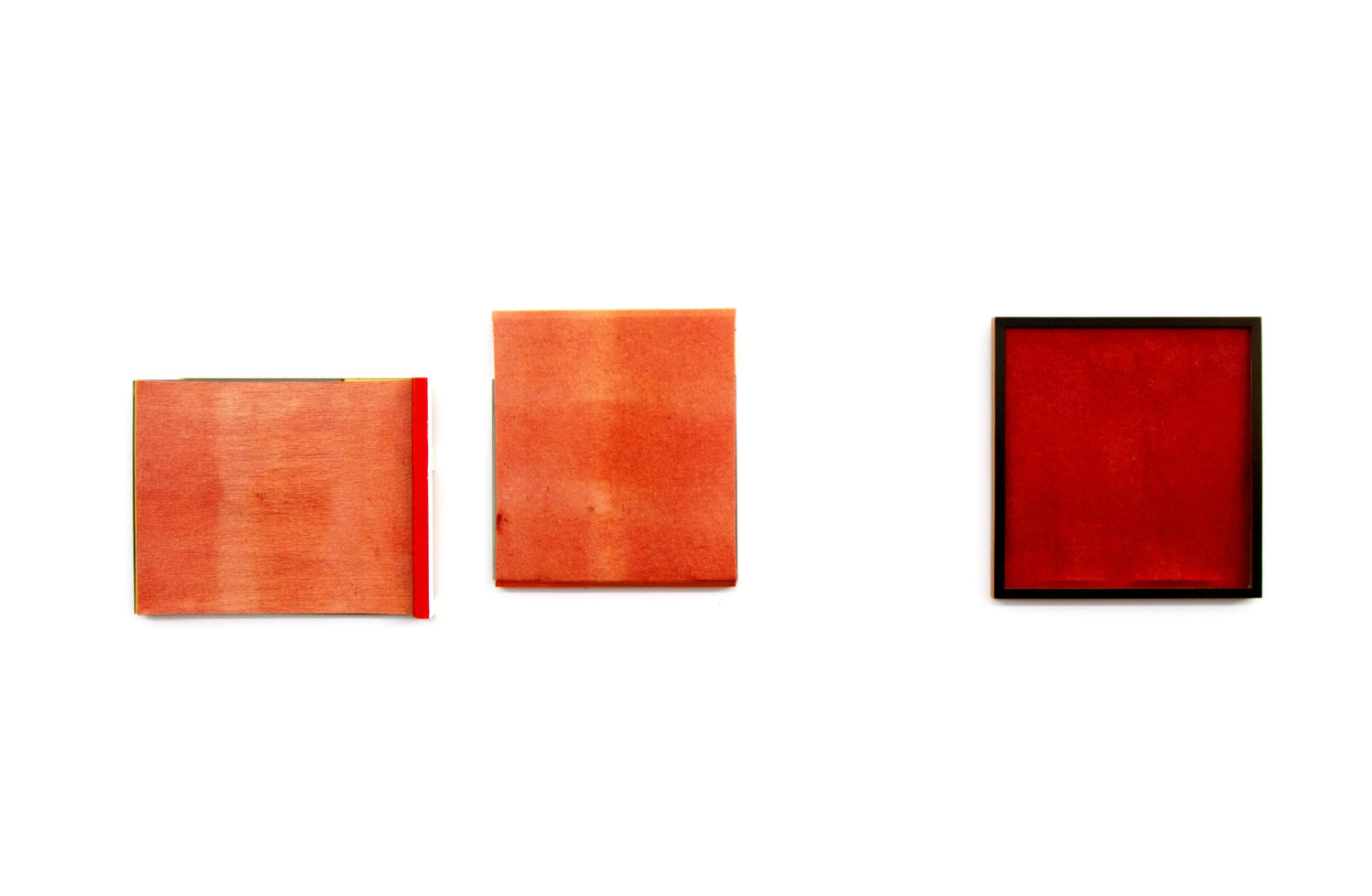 With One Metre Composition, Scarlett Cibilich presents a series of works that explore the status of painting as a well-defined medium or practice and the painting as a contained and stable unit. The ingredients of the works are broadly in keeping with painterly convention, including pigment and fabric surrounded and supported by rigid elements. However, Cibilich eschews canvas in favour of a kind of felt, which is impregnated with colour rather than carrying it on the surface. One work appears much like a framed painting and, indeed, exists as a single, mobile object. Another is more like a banner, the fabric pegged along its edges, instead of wrapped round a stretcher, and the work assembled in situ from pieces, after the fashion of an installation.

The works employ similar elements, lending them a close family resemblance, even a subtly kitset feel. Echoing Marcel Duchamp, and particularly his work 3 Standard Stoppages (1913–14), Cibilich works with one-metre lengths of wood and metal, turning the metre into a parameter, a fixed conceptual frame within which to experiment. In a similar vein, she limits herself to a small range of colours and tones. Her works faintly recall monochromes by 20th-century artists like Kazimir Malevich and Robert Ryman, nodding towards such key figures in the history of experimental painting. At the same time, Cibilich plays with materials and processes associated with textile arts, acknowledging traditions that are less well-known but no less worthy of attention.