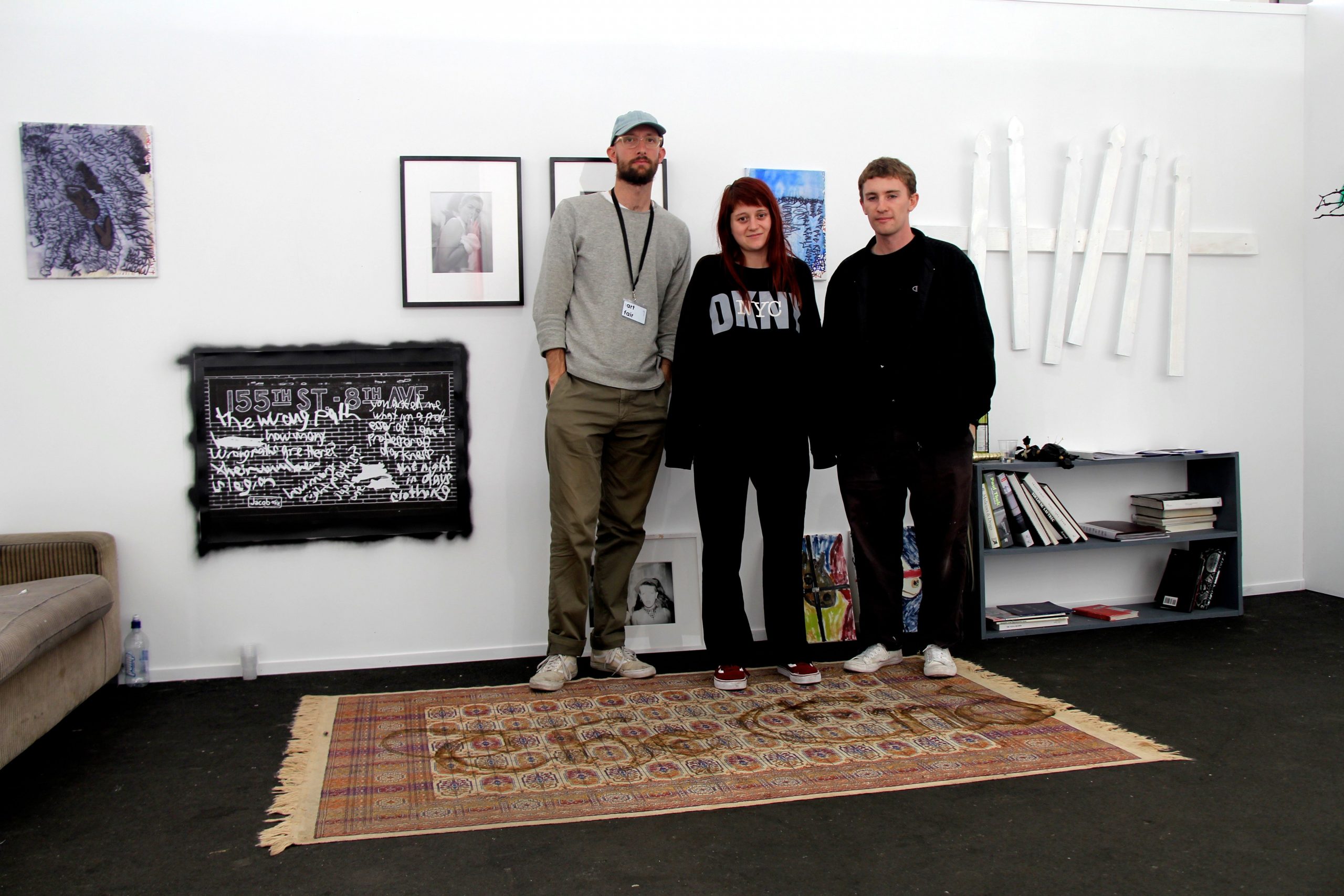 Courtesy of TERROR INTERNATIONALE and the artists.

Terror Internationale (formerly Terror Management) is a group of young, Auckland-based artists who firmly believe in connecting with the wider art world, by bringing international work to Aotearoa and by disseminating their own stuff via the internet. As a case in point, Terror Internationale recently organised the first exhibition in Aotearoa of work from/by Bernadette Corporation and Antek Walczak.

When invited to submit a proposal for Pacific Real Time, the group responded with a question: could they have a booth, alongside the commercial galleries participating in the Fair? Finding that no booth was available, they decided to create their own, filling it with a range of new and recent works.

Terror Internationale’s aim is to interfere with the boundary between the market value and symbolic value of art. Of course, art fairs already do this. They’re as much trade shows as they are exhibitions. But/so they generally skip over emerging artists with little cash behind them …