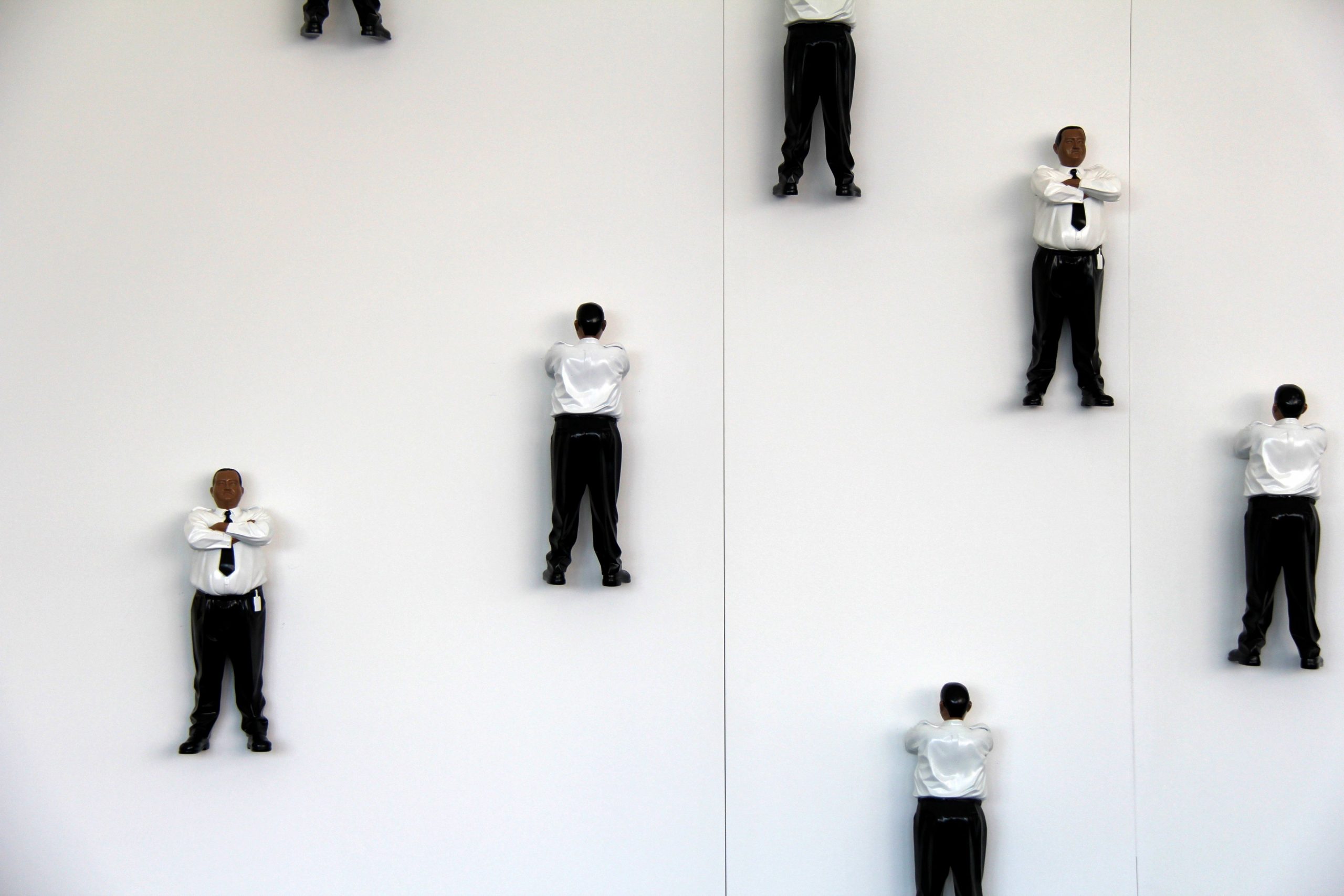 Michael Parekōwhai’s Kapa Haka series combines elements of both humour and earnestness. Cast from the same mould, his security guards poke fun at stereotypes of Māori men as sullen and imposing, while pointing up the large numbers of tangata whenua occupying trying and poorly paid service positions, looking after the interests of others.

At the same time, Parekōwhai’s guards possess definite mana and gravitas, the titleKapa Haka calling to mind not only the commodification of culture, but also the revivification of tikanga and mātauranga Māori in contemporary Aotearoa. Scattered about the Art Fair, the maquettes underscore the big money involved in such enterprises, while reminding visitors of the centrality of Māori in this, their land.